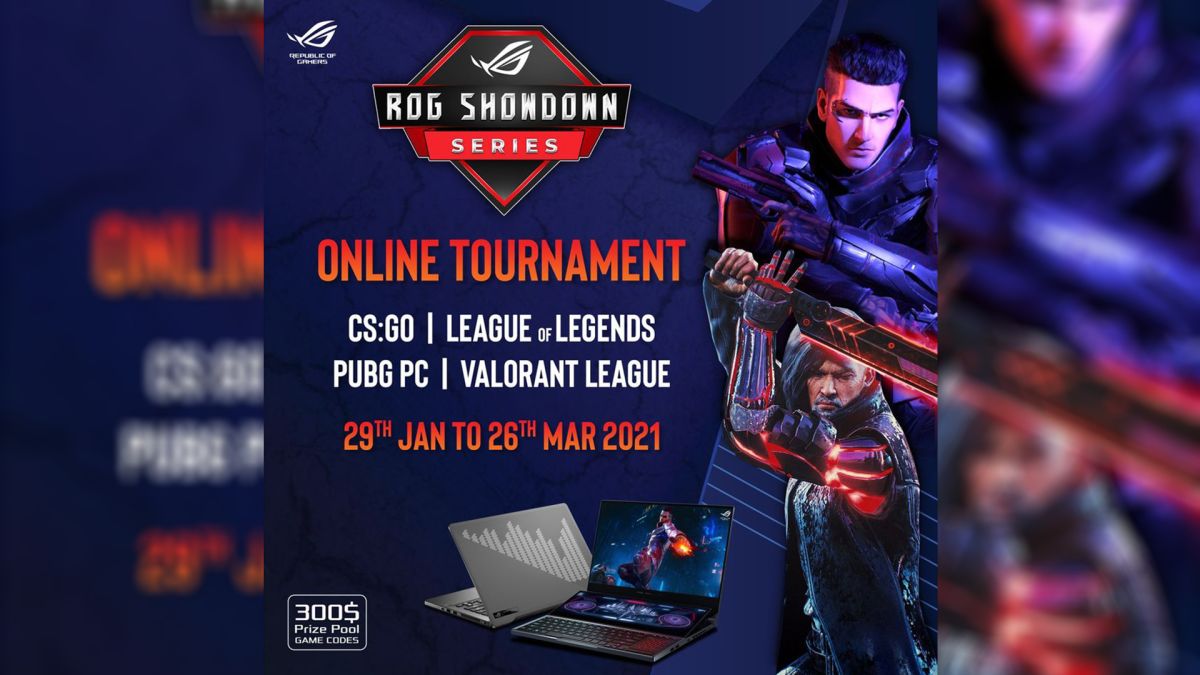 Asus has announced the second edition of the ROG Showdown. The series of tournaments began in 2020, and now its second leg is all set to take off under the aegis of ROG.

Asus ROG Showdown specifically has a stay at home policy where players would have to join with their teammates online to take part in the tournament. The second edition of ROG Showdown is set to commence on January 29.

The participants get to choose from a series of tournaments amongst the most popular games including Counter-Strike: Global Offensive (CS: GO), PUBG PC, Valorant, League of Legends (LOL) and Valorant. The winning teams will also get a chance to win a cash prize of Rs 50,000 in the Valorant League during Q1 of 2021.

Asus mentions that it anticipated a swift rise of the esports in India during the pandemic, which was why is organized the Republic of Gamers (ROG) division organized ROG Showdown in three phases, last year. The First Edition of the ROG Showdown saw close to 7000 participants take part in the tournament.

The event was attended by multiple professional esports teams from India, Bangladesh, Nepal, and Sri Lanka to participate in a tournament-style competition across multiple games. The first edition of ROG Showdown concluded in December 2020 with the multiple winners in respective tournament and league and won up to Rs 560,000 prize pool.

Asus also claims that the ROG Showdown has internationally garnered approximately 1 million audience base digitally. The registration for the tournament will begin from January 23 for the first tournament of second edition of ROG Showdown. Interested participants and teams can register them self from the ROG Showdown website.