Has OnePlus Finally Found Its Niche?

OnePlus holds a special place in the heart of a lot of geeks. More than any other phone maker, it’s managed to keep the aura of a young, tech-centric startup, even as it’s actually owned by phone giant BBK. It was originally known for its flagship killers, unlocked phones with spectacular specs for the price, but in recent years it’s been trying to compete on carrier shelves with mixed success.

With the OnePlus Nord N10 and the N100 (shown above, en masse), the company may have hit a sweet spot. We think the new $299 Nord N10 is the best budget smartphone in America right now. Wave7 Research told us that free-with-a-new-line promotions have vaulted it to 15% market share at Metro by T-Mobile, which is just huge. Mostly, OnePlus seems to be eating Motorola’s lunch; the Moto G lineup used to be the no-brainer affordable phones we’d recommend, but they’re not so great this year.

(You are a phone geek, so you ask: What about Google’s Pixels? Google puts very little effort into selling Pixels, and they’re such a tiny part of Google’s business that it seems to keep losing them in the couch cushions.)

It’s tough for a company that isn’t Samsung or Apple to find a real niche in the US market, but prepaid is a good way to do it. Numbers from Ookla and M Science show that the top 5G phone models in the US are all from Samsung or Apple, and Wave7 Research typically has those two companies scoring around 90% of postpaid US sales. So going downscale may be the smartest thing OnePlus could do. It can bring that flagship killer verve to those who didn’t think they could afford anything this cool. (Editors’ Note: Ookla is owned by PCMag’s parent company, Ziff Davis.)

Still, I’m worried about OnePlus. Over Valentine’s Day it released a very off-key ad on Twitter, which has since been deleted, that likened putting on a phone case to putting on a condom. And the company has shed some of its key marketing-centric staff recently. Cofounder Carl Pei, who was always the Face to Pete Lau’s Hannibal, ditched the company to found a startup called Nothing, which bought the defunct smartphone brand Essential and has been crowdfunding its investment. Pei doesn’t need crowdfunding money, but he understands how to gin up enthusiasm among fans in a way that I fear the more engineering-focused Lau doesn’t. Eric Zarshenas and Jane Nho, both keystones of the company’s US expansion, also left this year.

I wish I could meet OnePlus at a party in Barcelona in two weeks to find out what it’s up to, but I won’t be able to. (See our MWC story below.) The OnePlus 9‘s March launch will take place online.

Has OnePlus lost its magic? Let me know in the comments. 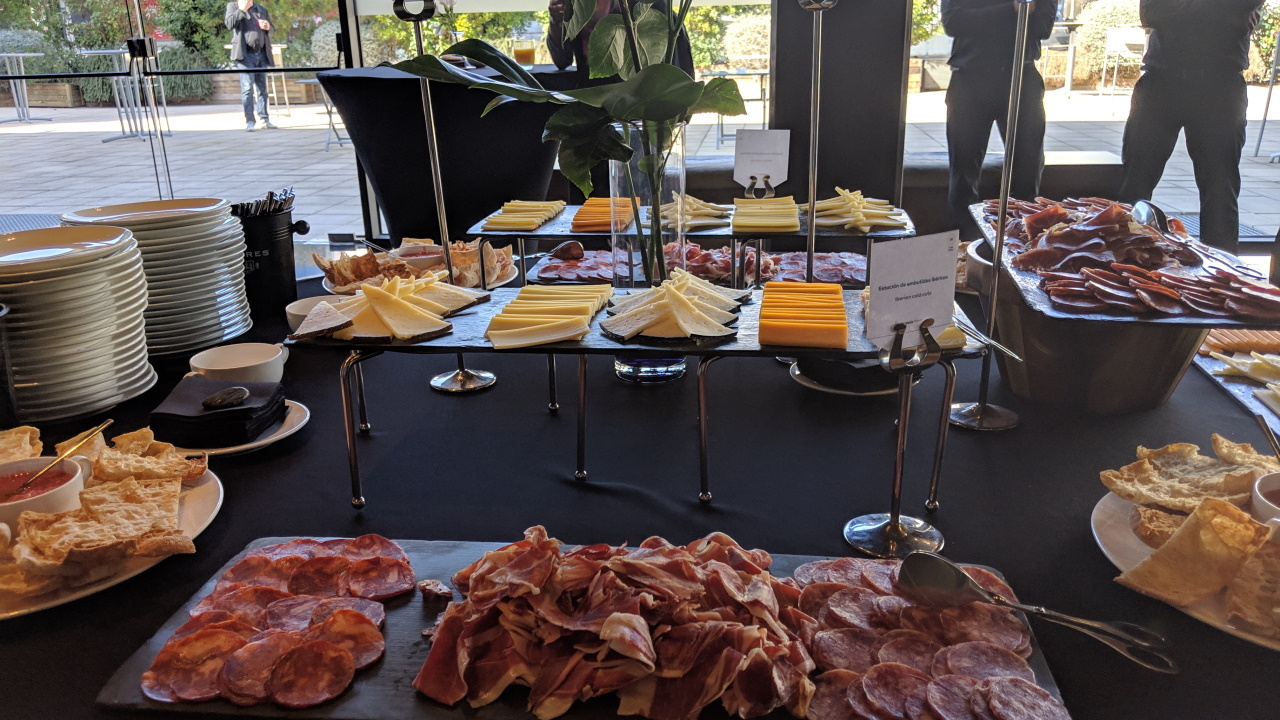 I miss the jamon.

What Else Is On My Mind This Week?

MWC, You’re Breaking My Heart. Mobile World Congress has historically been the best week of my year. A glorious celebration of all things mobile in Barcelona, one of the world’s most beautiful cities, it’s a week to completely immerse myself in the upcoming year of mobile tech. Now the GSMA wants to turn it into a super-spreader event. But I think it’s bluffing.

Android 12 Is Coming. The first developer preview for Android 12 is here, but there aren’t any real user-facing changes. Google usually saves those for its Google I/O conference in May, Dieter Bohn says in the Verge. The biggest changes so far seem to be more support for on-the-fly media transcoding and better cutting and pasting between apps. 9to5Google has discovered some niftier features, such as one-tap disabling for camera and microphone access.

Standalone 5G Isn’t the Broadband Solution; Neither Are Congressional Republicans. You know what is? Local fiber! I explained that bit in last week’s column but two data points follow up on my conclusion. First, new test results point out that T-Mobile’s long-range rural broadband offers good coverage and low latency, but maybe not huge capacity; Neville Ray says. Meanwhile, US House Republicans introduced a bill to ban muni internet, for reasons that make no sense.

The C-Band Auction Is Almost Complete. That $81 billion auction, which is going to change the face of 5G in the US, finished its final phase on Wednesday. Fierce Wireless says the FCC will announce the winners next week. Well, now you know what next week’s column is going to be about.