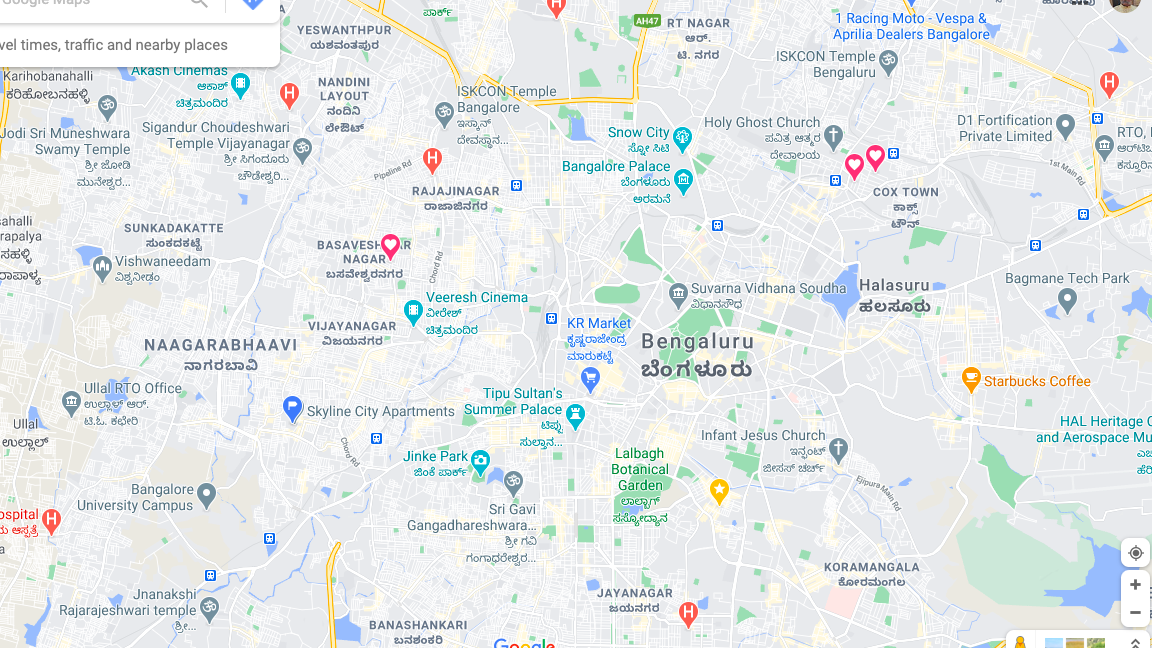 India today announced a major policy change with reference to geospatial mapping of its territory, barely hours after one of its top scientific institutions announced that it had partnered with a private entity to create a rival to Google Maps.

Prime Minister Narendra Modi announced that from now on local Indian companies would not require licenses or other permissions to collect, generate, store and share geospatial data of the country. In the past, companies had to seek licenses as well as additional approvals to create and publish maps.

Which is probably the reason Google Maps never launched its Street View in India, in spite of having worked on collating such data for the past several years. Earlier in the day, the Indian Space Research Organisation (ISRO) joined hands with MapMyIndia to create an alternative to Google Maps for the country.

Prime Minister Modi, who made these announcements through a statement, said the move to deregulate geospatial surveys would help the country’s move towards self-reliance and drive towards its $5 trillion GDP goals.

“Regulations that apply to geospatial data and maps stand radically liberalised. The Department of Science and Technology is announcing sweeping changes to India’s mapping policy, specifically for Indian companies. What is readily available globally does not need to be restricted in India and therefore geospatial data that used to be restricted will now be freely available in India,” the statement said.

As per the new guidelines, domestic companies would henceforth be permitted to access “ground truthing / verification that would include Indian ground stations as well as augmentation services for real-time positioning. The companies would also get access to terrestrial mobile mapping surveys, street view surveys as well as the surveys on India’s territorial waters.

What exactly would change?

So, what does the new guidelines mean? Going forward Indian companies would get access to the above-mentioned surveys. In the past, Google had unsuccessfully tried to launch its Street View in India but failed to do so in the absence of government support to the endeavour.

The new regulations also allow foreign companies and others owned by overseas entities to license data from Indian firms dealing with digital maps and geospatial data of a prescribed value. “Access to such Maps/Geospatial Data shall only be made available through APIs that do not allow Maps/Geospatial Data to pass through Licensee Company or its servers. Re-use or resale of such map data by licensees shall be prohibited,” the statement said.

This effectively means that the local mapping ecosystem are freed from restrictions that created uncertainties over what was permitted and what was not, when it came to using or creating geospatial data. With the change in rules, Indian companies can now perform any location data collection activities and additionally information from government agencies such as cities or municipalities would also be made available.

In the statement, Narendra Modi added that these reforms would unlock options for India’s start-ups, private and public sector and research bodies to create innovative and scalable solutions. They would also enable new technologies and platforms that can drive efficiencies in farming and allied sectors, he added.

Earlier today, MapMyIndia, a 25-year-old company backed by the Walmart-owned Flipkart, announced a partnership with ISRO where the former’s end-user maps, apps and services get integrated with the latter’s massive catalogue of satellite imagery and earth observation data.