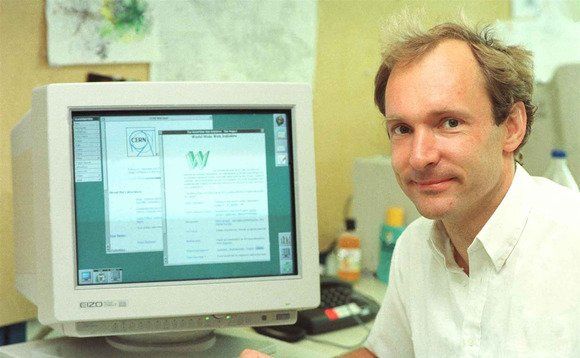 The recent controversy over WhatsApp’s decision to start sharing some user data with Facebook has brought the issue of data privacy to the forefront of people’s mind again.

In reality, it isn’t just these applications owned by Facebook that is an issue when it comes to data privacy. Rather they are building on a framework that has been a problem since the explosion of the popularity of the World Wide Web.

The inventor of the web, Sir Tim Berners-Lee is attempting to redirect the course of the internet by returning to his original concept for the web with a new platform.

Berners-Lee’s latest endeavour, the Solid Project, aims to return to the true vision for the web, which was a secure, decentralized exchange of public and private data.  While still in its earlier days of development, this project speaks to the kind of privacy people are starting to realise they need online.

Where the web went wrong

The first iteration of the web was more like Wikipedia and less like the standard websites we see today. Rather than static web pages that can only be changed on the backend by those who own it, the web browser was an editor.

This means that everyone could contribute to the content on the web. This was scrapped when Mosaic came along because, much like Wikipedia has found out, trying to authenticate and control how people edit and what they write is a bit difficult.

This resulted in a web without the collaborative approach.

Social media sites like Facebook changed this when they instituted their own identity control systems. But, this was at a price. You handed over your information and data with no real understanding or input into how this data could be used.

As the Solid Project explains, all this information is siloed away which means you don’t really know what is being retained, how much is used, little choice in what applications are gaining access to it and ultimately this makes it hard to access your own data.

A great way to identify how your data is being used without you even realising is to check which apps have access to your Facebook data. Facebook > settings > apps.

What the Solid Project does

The Solid Project is attempting to address this through a data store called Pods. The Project describes them as personal Web servers where you can control and store your data. From there, it is then your choice what parts of this data you wish to share with others.

A Solid Server hosts one or more Pods. You then decide what data you share and with whom using Solid’s Authentication and Authorization systems. Should this world become the standard, this would mean that you share bits of data with others whether it be individuals or applications and they can share data with you.

How you can get involved

If you find this new frontier exciting, there are a number of ways you can get involved with the Project. It is a collaborative platform and so building it has a similar ethos.

You can join the Solid Project Forum, or look at applications already created by the community which would operate on this kind of platform.