Mirrorless vs DSLR cameras: the 10 key differences you need to know Sony A6400 / Nikon D780 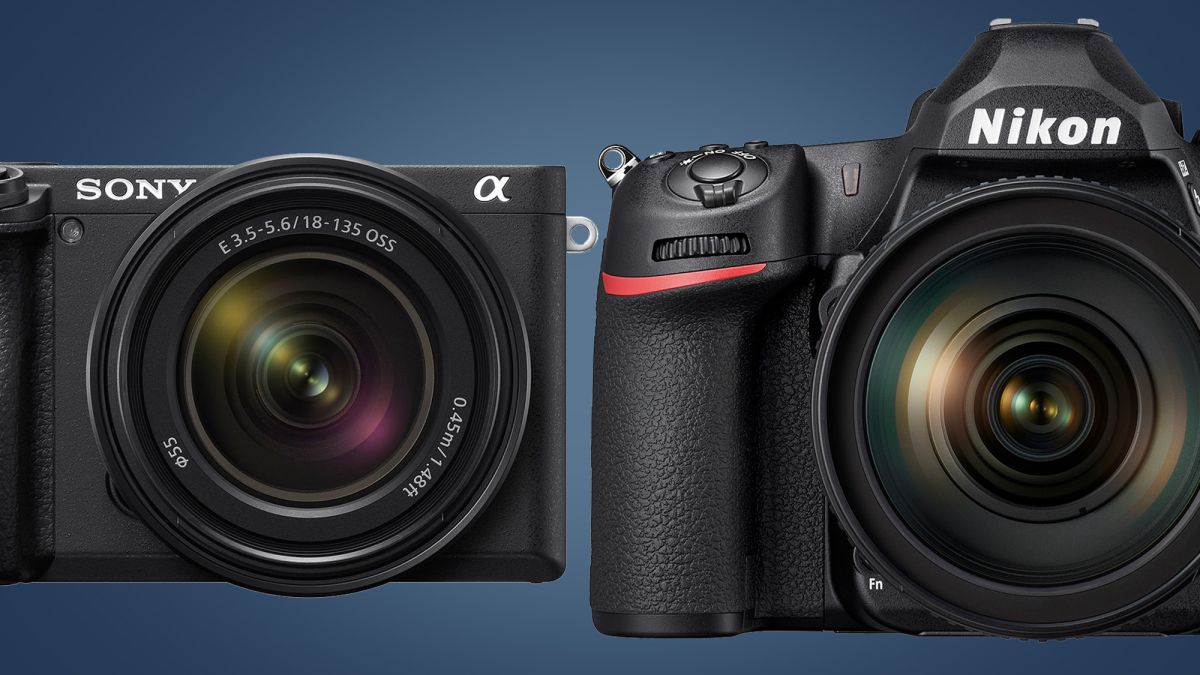 How do you make the right choice in the great mirrorless vs DSLR camera debate? Things have certainly changed in the decade since mirrorless cameras first arrived on the market, but our in-depth guide is here to give you all the answers.

These days, mirrorless cameras are now the default style for the world’s biggest camera brands – even the doyens of DSLRs, like Canon and Nikon. Back in the early days of the format, the decision was pretty simple – if you were a pro, you tended to pick up a DSLR. Hobbyists and amateurs, who were more bothered by weight and portability, would instead lean towards their mirrorless counterparts.

But now the roles are somewhat reversed. The latest and greatest technology is now found in mirrorless cameras. And if you’re an entry-level user, you might be more likely to go for a cheaper DSLR, given they remain the most affordable way to get a camera with a built-in viewfinder.

For those in between beginners and pros, there’s now more choice than ever before, which can make choosing the right camera tech for you somewhat tricky. But fear not, that’s where we come in.

Let’s start with the basics and look at the key differences between the two types of cameras. The key is in the names. DSLR stands for Digital Single Lens Reflex, which works by the light hitting a mirror angled at 45 degrees. That light goes straight up into an optical viewfinder which allows you to see precisely what the lens is looking at. This is a true optical path, with no digital processing in the middle.

When you’re ready to take a photograph, that mirror moves out of the way – to reveal the image sensor – and if you’ve used one in the past, you’ll be familiar with the satisfying (but fairly loud) noise it makes as it does so.

By contrast, mirrorless cameras – you’ve guessed it – don’t have a mirror. With these cameras, the light passes through the lens and straight onto the sensor to be processed. It’s then displayed either on the monitor on the back of the camera, or in the electronic viewfinder (EVF), which is in essence a very small monitor. This time, when you take a picture, the camera is simply recording what is on the sensor at that moment in time.

DSLRs use the same technology as their film counterparts, which have been around for decades. They’re very familiar for anybody who has been serious about photography in recent years. Legacy companies such as Canon, Nikon and Pentax have been making them for all those years and so have a lot of experience to draw from.

These days, relatively few new DSLRs are introduced to the market, but there’s still plenty you can buy. They tend to have great handling, offer fantastic image quality and one advantage that doesn’t look set to go away for a while yet – extremely impressive battery life.

By taking away the mirror, mirrorless cameras give you several advantages (and very few disadvantages). The key one is that, since they don’t need that big clunky mirror setup, they can be smaller and lighter than their equivalent DSLR counterparts.

Some of the tasks of the camera, like autofocusing, can take place on the sensor itself, leading to super-quick focusing speeds. Speaking of speed – with no mirror to move out of the way, frame rates aren’t limited so much by physicality. Mirrorless cameras routinely offer at least 10fps, with some high-end models delivering 20fps or 30fps at full resolution, with continuous autofocus between each shot.

In the beginning, mirrorless cameras tended to use smaller sensors than DSLRs. But now, the most popular sensor size in these models is full-frame, with Sony, Nikon, Canon and Panasonic all producing this type of camera. APS-C is also a common sensor size, for both mirrorless and DSLR. All of this means that there’s no generally discernible difference between outright image quality in DSLRs and mirrorless cameras, no matter which you choose to go with.

The electronic viewfinders found on early mirrorless cameras weren’t particularly great, being low in resolution and slow. But over the years the technology has advanced so much that many photographers now prefer the super high-resolution viewfinders on the current crop of high-end mirrorless cameras. They show a truer reflection of what your final image will look like, as well as allowing you to see a preview of your image after you’ve shot it.

All of this makes it sound like mirrorless is the obvious winner – and while the fact that barely any new DSLRs have been announced in the past 12 months might seem to back that up, there are still some advantages of the older technology.

We’ll discuss the main differences in the coming pages to help you come to a firm conclusion.