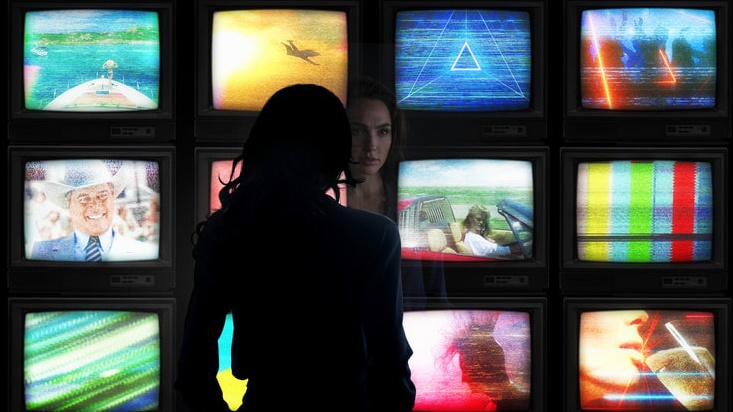 With Wonder Woman 1984, Warner Bros. is leaning hard into Diana’s status as a virtual immortal in the DC universe. Taking place primarily in 1918, the first movie established the Amazon’s bona fides as a powerhouse who always fights for justice, and Wonder Woman’s adventures with the present-day Justice League imply that she was active at numerous times throughout the century. That means that pretty much any adventure from the comics is up for grabs for the threequel. Here are 10 of our picks for the best.

One of the bigger missteps in the DC cinematic universe was going full speed into the big team-up without giving its characters more of a chance to interact with each other. One great Wonder Woman arc that could re-establish the relationship between Diana and Batman is Greg Rucka’s The HiketeiaThe Hiketeia. In it, Diana partakes in a ritual that creates a bond of honor to protect a mortal woman. But when that woman murders the men who killed her sister, it puts her in Batman’s sights. It’s a taut, clever story that really nails the differences between the two characters, not just in power but in morality.

This story written by noted comic book maverick Christopher Priest isn’t about a world-shattering conflict with a godlike force. Instead, it examines Diana’s unique moral code in the world of superheroes. When a brutal Central European dictator launches a program of ethnic cleansing in his country, The UN forbids heroes from stepping in, only for Wonder Woman to be met with a curious offer: if she spends the night with the leader, he’ll immediately stop the slaughter. Obviously inspired by Indecent Proposal, it touches on topics most superhero comics wouldn’t dare and really works as a standalone story.

Gail Simone’s run on the character is one of the most well-loved of the last few decades, and her first arc would be a killer movie. In the days before Diana’s birth, a quartet of Amazons protest Hippolyta’s decision to have a child and attempt to kill her. They’re stopped and imprisoned, but Hippolyta asks them each year if they wish to repent and they refuse. When modern-day Nazis invade the island and release the four in exchange for their help, it leads to one of the most badass Amazon vs. Amazon fights ever put on paper. Great stuff, brisk and thrilling.

Eyes Of The Gorgon

Greg Rucka’s take on the series did a lot to establish Diana’s place as an ambassador for the Amazons in the world of men as she dealt with foes from the world of myth and legend. In this story, Wonder Woman is confronted by the vengeful Medusa, who appears at a diplomatic function to turn a child to stone. In the resultant battle, Diana grabs one of Medusa’s snakes from her skull and squirts the venom into her own eyes to prevent herself from being petrified. But can a blinded Wonder Woman contend with even more dangerous threats? High stakes and cool fights would make this one a fun movie.

Even though Diana is the chosen Amazon to represent the island to the outside world, not all of her sisters agree with that decision. In the William Messner-Loebs storyline The ContestThe Contest, a rival tribe of Amazons are sent by the sorceress Circe to wage war on Themyscira, only to be defeated and assimilated into their society. When Diana returns to the island, their champion Artemis challenges her to usurp her role as emissary. It’s a fun tale that introduced an important supporting character with lots of moral complexity who wasn’t just a simple villain. Movies need more of that stuff.

Challenge Of The Gods

The George Perez run on the book is widely considered the definitive take on Wonder Woman, and his second arc could make for a cracking good movie. Diana is invited to Olympus by Zeus and given the opportunity to leave Earth behind and join the gods forever. She declines, which he doesn’t take terribly well. Zeus sentences her to enter a sealed cave beneath Themyscira and face what awaits inside—a horde of demons and monsters imprisoned there, as well as some secrets about her birth and her name. It’s a classic tale with some big action set pieces and deep emotion to boot.

The character of Genocide was created during the Rise of the Olympian arc, but if Warner Bros. wants to build a movie around a seriously killer villain, she’s the one to grab. You know how, in some origins, Wonder Woman’s body was sculpted from clay and given life by the gods? The evil Ares uses a team of scumbags to collect soil from the locations of some of Earth’s greatest atrocities and murders, and fuses that soil with a corpse to create Genocide, a dark mirror to Diana who takes her to the very limit, using the magic of the Lasso of Truth to overwhelm humanity with negative emotions. Cool character design, too.

Skipping around in time seems like a pretty good hook for the franchise, so why not jump back to the early 1970s for a film based on the character’s controversial “Mod Era.” Looking to inject some new ideas to the series, writer Denny O’Neil stripped away the colorful costume and magical weapons, turning Diana Prince into an Emma Peel-inspired secret agent armed with only her wits and the martial arts. We can see a storyline rationalization for the mighty Amazon to be robbed of her abilities, which would give Gal Gadot a chance to show a different, more vulnerable side of the character. Kick-ass outfits, too.

The New 52 reboot of Wonder Woman was a little uneven, but the story that kicked it off is solid. Written by Brian Azzarello, BloodBlood introduces us to Zola, another in the seemingly endless series of mortal women knocked up by Zeus. Unfortunately, Zeus’s actual wife Hera is a little miffed at all of this, and sends a variety of monsters to terminate the fetus before it’s born. Diana steps in to protect them, only to discover that Zeus has gone missing from Olympus, kicking off a power struggle between the gods that’s bad news for people on Earth. This arc cleverly balances the mythological and the down-to-earth and has a bunch of screen-ready moments.

Obviously relations between Themyscira and the rest of the world aren’t going to remain friendly forever, because conflict is at the heart of superhero movies. In this 2007 miniseries, Wonder Woman has been detained after killing Maxwell Lord during the events of Infinite Crisis, and the Amazons aren’t terribly happy about it. Led by Hippolyta, they attack Washington D.C. and slaughter men indiscriminately, leaving Diana caught between her homeland and her knowledge that something is deeply wrong. Of course, the malevolent sorceress Circe is behind it all, but the path to that discovery is a rough one. Big action scenes and high stakes could make this a solid movie adaptation.