This PS5 Water-Cooling Mod Might Get a Commercial Release 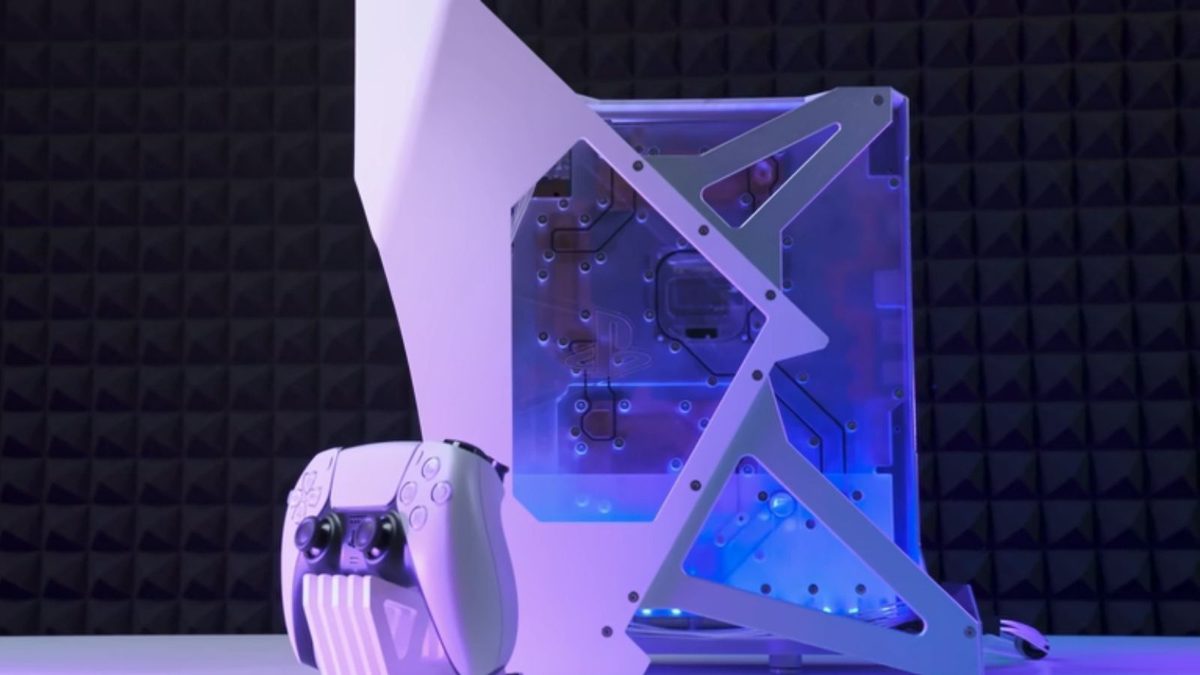 We haven’t had any reports of the PlayStation 5 overheating (yet). However, that didn’t stop a Vietnamese PC modder from creating a custom water-cooling solution for the console. That’s right; someone has already converted a PS5 to use liquid cooling.

PC Gamer reports that the mod’s creator, Nhenhophach, spent two months designing the new enclosure for the PS5 and the custom water blocks needed to make water-cooling it possible. With the new cooling system installed, the water temp stabilized at 104ºF (40°C), and the backplate was measured at a peak of 122°F (50°C). Unfortunately, this custom solution seems like it performs similarly or slightly worse than the stock cooling system. CNET measured the PS5 at 83.4°F (28.6°C) while playing Astro’s Playroom.

It makes sense that the stock fan is hard to beat. Two of the key parts of the design that Sony highlighted in the run-up to the console’s launch are the custom fan and liquid metal used as thermal interface material for the system on a chip. Given the expense of the system and complexity of the console, Sony would likely have used a sealed liquid cooling solution if it provided greatly improved heat dissipation.

The biggest advantage that water-cooling a PS5 seems to give, besides looking cool, is space savings. With the large fan removed, the console’s profile shrinks significantly. The stock system is one of the largest consoles ever made, dwarfing every PlayStation produced before it. Reducing some of that bulk might make liquid cooling the PS5 appealing to some owners.

Nhenhophach stated that this is only the first version of the water cooling system for the PS5, and that he’ll continue to refine it. He hopes to have a commercial version ready sometime soon, and one of his next projects will be integrating the water-cooled PS5 into a PC build.